Written by Dan Booth on 13th August 2014. Posted in Gaming 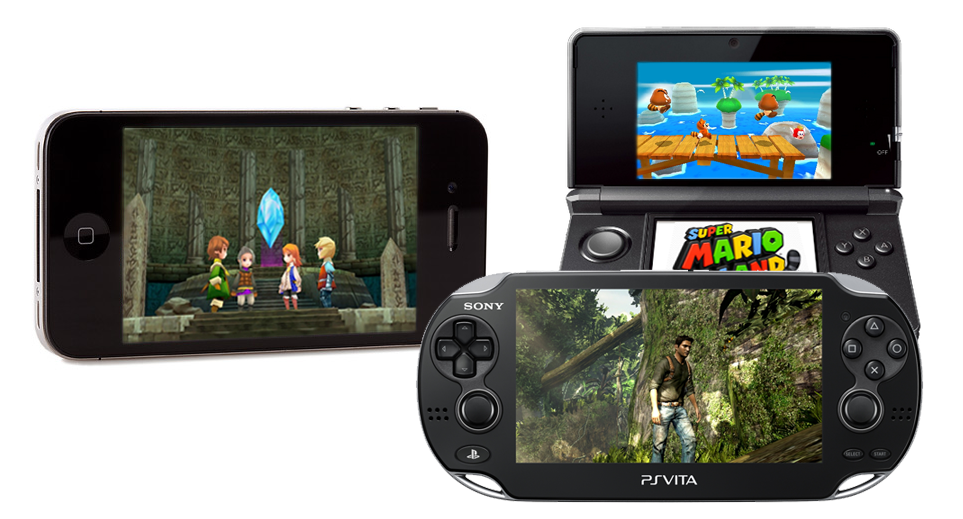 Portable gaming, for years the best way to play games on the move was to have some form of Nintendo handheld device, and more recently Playstation have joined handheld gaming with the PSP and PS Vita. Both platforms have come under threat from phone gaming, which brings the question, are handheld games consoles still worth it? Lets start with phone gaming.

Phone gaming is beneficial to the majority as they offer games to play with something that you will almost always have in your pocket. Its the ease of gaming on phones that makes them more desirable, yet the quality is sacrificed with very simple games. The best game on phones is arguably Angry Birds, it linked brilliantly simple gameplay that worked well with a touchscreen. However the depth of decent phone games past Angry Birds is questionable, most games focus on getting you obsessed through simple gameplay. Then they try and rope you into micro transactions! Which I have written about many times, it rarely is a good thing  (http://www.thebootube.com/free-play-hell/) Whats worse on this is that normally a game becomes unplayable without micro-transactions, then they will claim that its for people who don’t have the time, just a hint, but generally, they won’t game at all!

Handheld consoles are dominated by Nintendo, it’s been this way since the original gameboy came out and Pokemon became one of the most successful and well known games ever. However, games on handheld consoles have lost something special, no one every seems to rave about new Pokemon games or any handheld game for that matter. The issue is that developers do not see the benefit of creating content for handheld consoles as the market has become smaller with the phone invasion. Nothing on the Nintendo 3DS makes me want to buy the console, Pokemons were better when it was red and blue, Mario Kart is better on the Wii U (one of very few games that always improves) as are most of their other games. I felt that the 3D aspect on the 3DS was a farce just to make people buy, it doesn’t work like 3D and it makes my eyes hurt.

I own a PS Vita, but here’s the thing, unless you are on the move a lot, for example you commute by train every day, I would not recommend buying one. I really enjoy some of the games and some of them I wish were available on consoles or PC. It must be said, the UI on the Vita is wonderful and the gaming experience is really fun, but its the same as the Nintendo issue, games are better on consoles or PC and most games are cross platform.

However, if I had to do Portable gaming and I had the option between handheld and phones, I would pick handheld consoles every day. Games may cost more, but the thing is, they are playable forever. They may require a small amount of DLC but they generally have better games. If you want to pass travel times through gaming get and 3/2DS or a Vita. Your gaming experience will be massively improved! I promise!