Written by Dan Booth on 24th September 2014. Posted in Gaming

Almost one year after release, and a lot of people still cannot decide which console they should buy, an Xbox One or PS4. At £350 ($430), purchasing a console is a large investment for the majority of people, so getting it right is important. 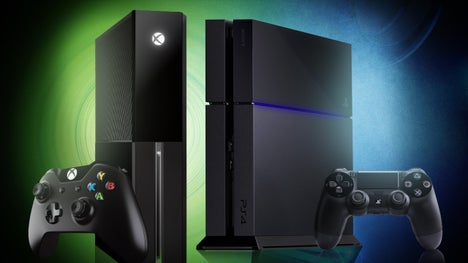 My main key on getting an Xbox One first is that my friends were all getting one as well. Playing games with friends online is much more fun in my opinion and at the very least, they are normally available to talk to whilst playing different games. If you aren’t an online player then I would look into the offline features and games that each console offers, Xbox One was designed to be played online, the offlines features of minimal, you can only play games really. The PS4 isn’t as online needy, but the features dwindle when offline too, but the PS4 does win with how it works offline. Games games games! Which console offers the better games? Xbox One or PS4… Well this one is highly opinionated! Lets look at the flagship games of each console. Xbox One has its leading game of Halo and the up and coming Sunset overdrive, there is also talk of Gears of War and Crackdown getting revivals in the future. PS4 has The Last of Us, Gran Turismo and inFamous. I feel that the best way to view the consoles is by looking at the exclusives, most other games will run exactly the same on both consoles, so if you can’t decide then look at the exclusives and choose your Console through the exclusives.

The feel of the controller is a big thing in my opinion. Up till the PS4, the Playstation controllers were nether good for my hands, they always caused cramp, I never got a good feel from the thumbsticks and the R & L bumpers were never to my taste. The PS4 controller is a massive improvement. The Xbox One controller builds on the Xbox 360, making general improvements on all aspects except the bumpers, these take some time to get used to! These are the biggest aspects for reasons to choose either console. Both are great and will serve you well, however you will want to play with your friends, play games you like and feel comfortable playing, tick those boxes and you have a winner!