Written by Dan Booth on 24th November 2015. Posted in Gaming

Call of Duty Black Ops 3 is really a tale of 2 games, there’s the online multiplayer and zombies and the single player campaign, one has resurged like a phoenix from flames whereas the other has burnt to a crisp in the same fire.

I’ve been very sceptical of Call of Duty games sprouting out the same game but adding a gimmick here and there to keep us interested, Advanced Warfare fell flat on its face and probably ranks as my least favourite Call of Duty to ever be made. The gimmicks for Black Ops 3 were kept relatively short, I was worried about the game keeping the jump packs in, and to be fair I still don’t like the extra boost still but it’s not as bad. The wall running isn’t too much of an issue either, normally because killing someone who is wall running is either than killing someone whilst wall running, it just creates a small wrinkle in the way of getting around maps, its fun!

NOTE: There are four free run maps created for time trials, they only take about 15 minutes in total, but they give some friendly competition on Call of Duty without shooting each other. 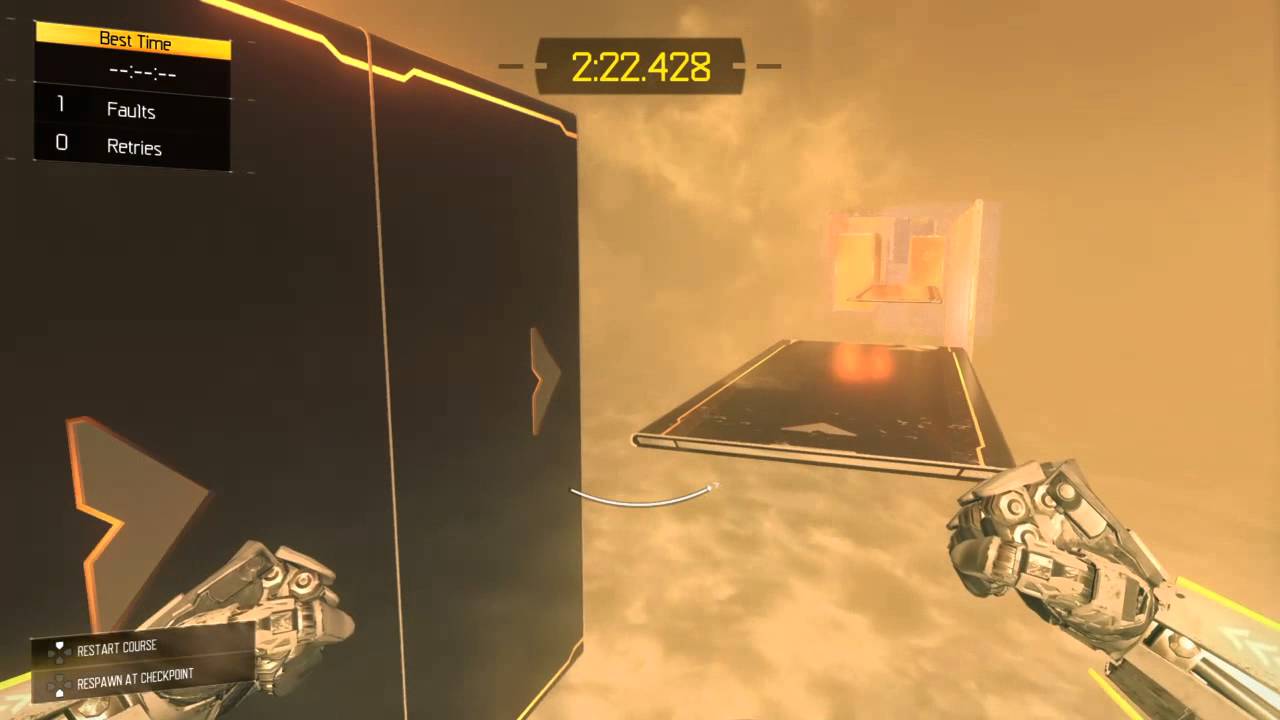 The multiplayer is fun and varied enough to keep most players coming back, my only issue is the feeling of a lack of maps and the balance of some weapons… mainly the M8. The weapon balance will be changed with updates and feedback so that’s not a major problem, the lack of maps can only be solved by throwing extra money into the game in the form of a season pass, are the extra maps worth the money? Maybe, if there weren’t going to be remakes thrown into the mix. On the actual gameplay front of Black Ops 3, the ranking system feels like a mix between Black Ops 2 for the weapons and Call of Duty 4: Modern Warfare for the actual ranks, you won’t fly through ranks like before, it will take a decent amount of time to rank up each time, especially through rank 50 to 55. 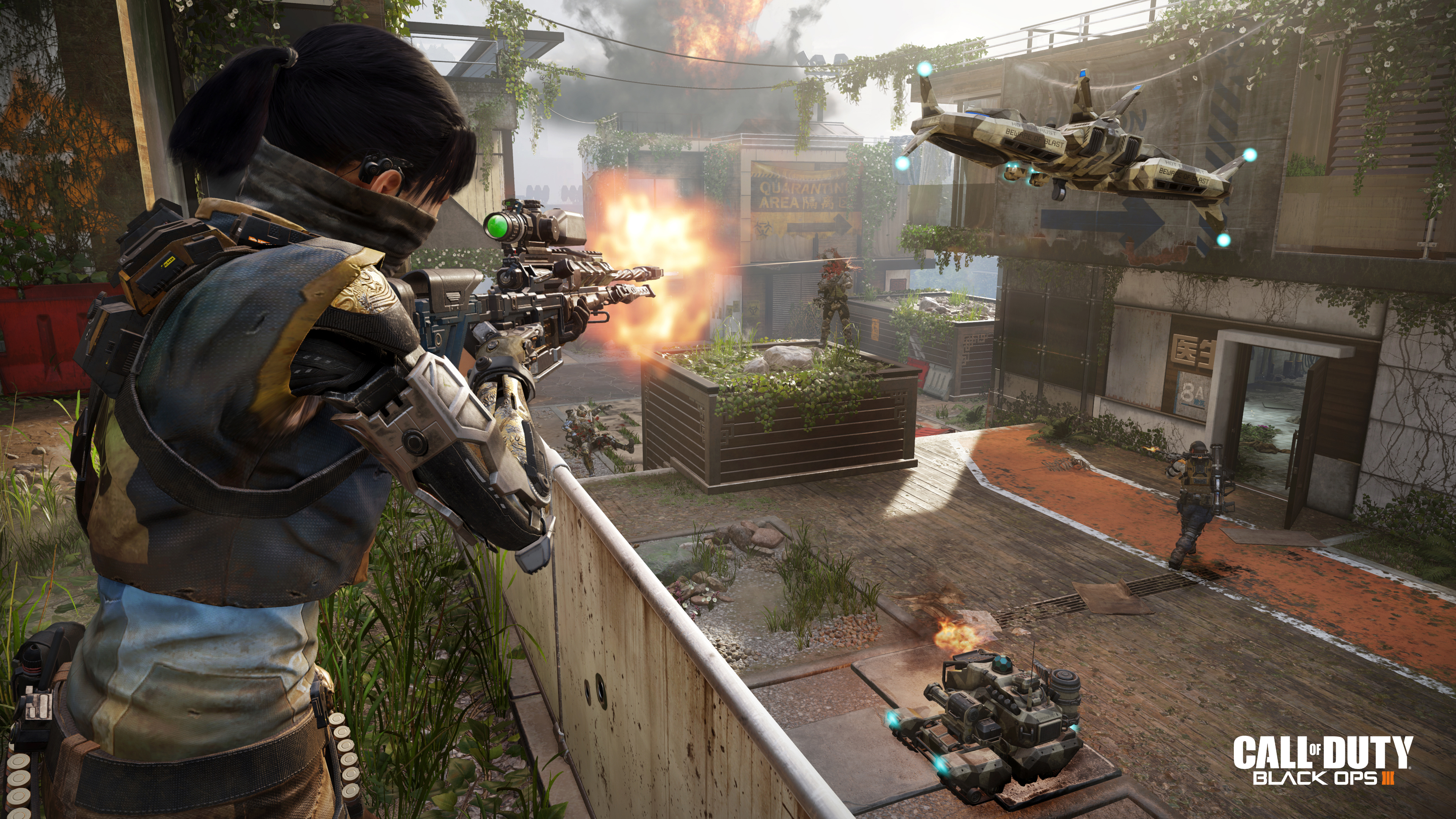 Call of Duty Zombies has had a great revival. Treyarch, the master of zombies has created a very complex zombies this time, it has a great old school jazzy vibe with four new protagonists (play it on single player first to get some backdrop on their stories). The basics of this zombies is to find items related to each character, past that point I can’t tell you what happens, one reason is for spoilers and the other is because this zombies seems much harder than zombies on previous Black Ops games. There is a lot of similarity to Mob of the Dead in the way that you must power perk machines by using another form, like the ghost. The single player isn’t worth mentioning, its unmemorable and pretty dull. The addition of realistic is horrible and will make anyone want to break the most expensive thing in their house! Literally 1 shot and you are dead! Co-op can make the worst games fun however, this can be true with this Call of Duty depending on who you play with, I would prefer the game to have three or four more multiplayer maps or another zombie over the campaign, it’s that weak!

If you have gone away from Call of Duty and you are looking to have a go again, this is the Call of Duty for you! The gameplay feels like Black Ops, the jump packs aren’t as annoying as they were in Advanced warfare and the zombies will keep you challenged for a long time! It should have had sticks and stones though!