Written by Dan Booth on 3rd June 2014. Posted in Gaming

Roller Coaster Tycoon, probably a game that every single person I know has played. One of the 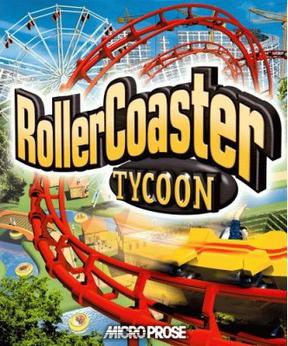 great childhood games that if you hadn’t played then something was wrong.

Roller Coaster Tycoon came in and changed the gaming world. It became THE game to play. Being released in March 1999, this game is now over 15 years old but it still plays perfectly on Windows 8 and so it should work perfectly on all Windows platforms.  Its written in X86 Assembly code which is extremely strange for games of that era.

I found Roller Coaster Tycoon on a website called Good Old Games and it costs $5 or £2.79 and this included the 2 expansion packs the that were released at a later date, adding more rides and much more difficult challenges and some very strange areas to build.

The game is as familiar as ever! It takes 5 minutes to get into the swing of things again. There seems to be a replicated start to everyone’s park, the Merry-go round seemed to be the first placed ride of most people.

The game get much more difficult as you get to the levels that very few people seemed to get to when we played it in 1999. You start on simple flat lands with plenty of help on layout of park and some money. Later areas start on a complete blank canvas and to make it hard they don’t have too many flat areas. This means that you are forced to make your own roller coasters instead of using pre made ones that the game offers. 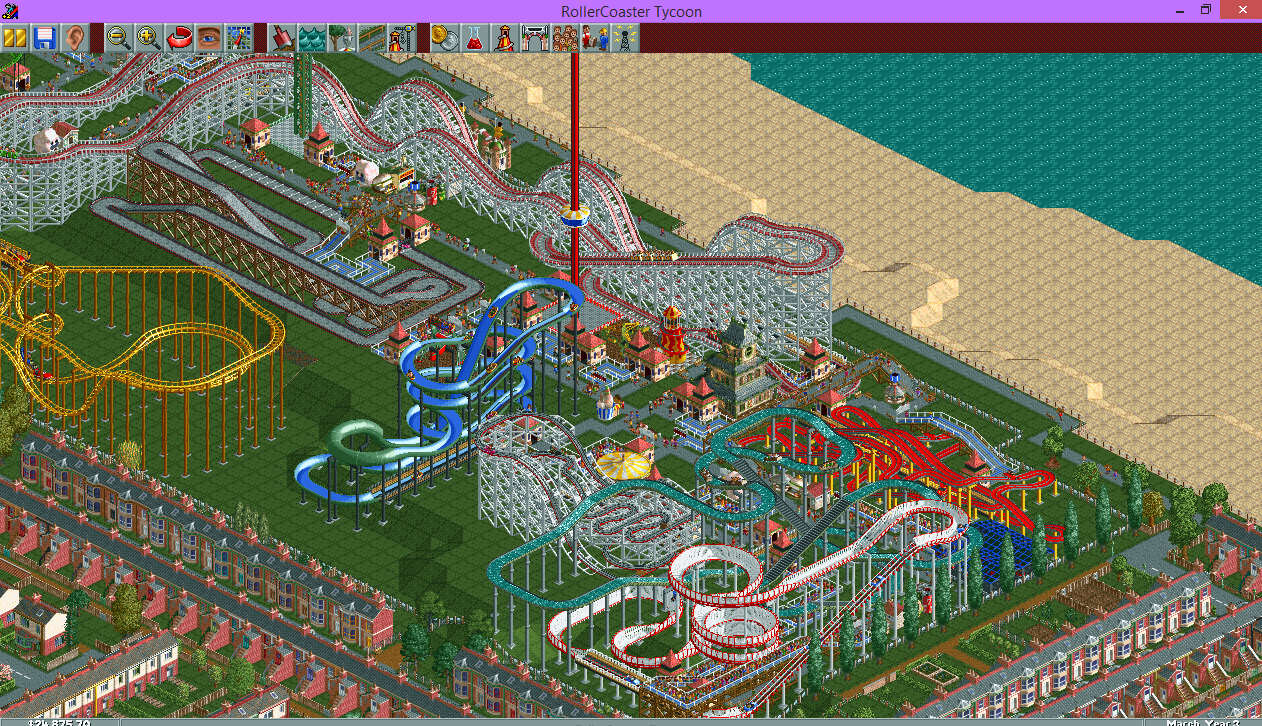 A couple of hints: The log flume is the best consistent money making attraction, when its available make its really good and make the line long. Go-karts are always popular, make sure they are exiting tracks and people will come even if races are only a lap. Always remember to up the price of umbrellas just before it begins to rain. Also, park advertisements help with a quick burst of guests, use it just before your game ends if you need a boost. I fully recomend playing Roller Coaster Tycoon, for £2.79 its a steal and it gives hours of fun.