Written by Dan Booth on 7th January 2015. Posted in Gaming

New year, new games. Anticipation is a new series I will run at the start of every month, picking the most anticipate game of each month and why it should (should being important in over hyped games) be awesome. 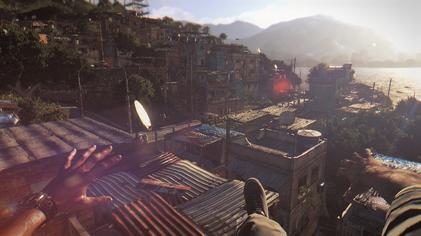 There aren’t a lot of new games coming out to start the year, which is a good thing following Christmas and New Year but one game that should have caught a lot of people eye is Dying Light, haven’t heard of it? Think open world zombies with some free running that will actually be daunting with a dynamic day and night system. In the day Dying Light will be rather simple as you scavenge, save survivors get air drops and set up traps, zombies are slow and lethargic making them easily avoidable (think walking dead(the series)zombies).

When nightfall arises the zombies become faster and sharper, the player must avoid being seen by the zombies and in a bad situation run away using traps to get away, In Dying Light zombies can be distracted by sound. There will also be a dynamic weather system in Dying Light, implementing rain fog and wind.

Dying Light looks to be everything that dead island tried to be, a good open world zombie game with co-op and with 50+ hours of game play it certainly looks to be a great game to play soon!