The Problem with Star Wars Battlefront

Written by Dan Booth on 19th December 2015. Posted in Gaming

Star Wars Battlefront came with such a huge amount of hype, the rebirth of the old Battlefront games but with a new developer, Dice and the backing of… EA… Yay… 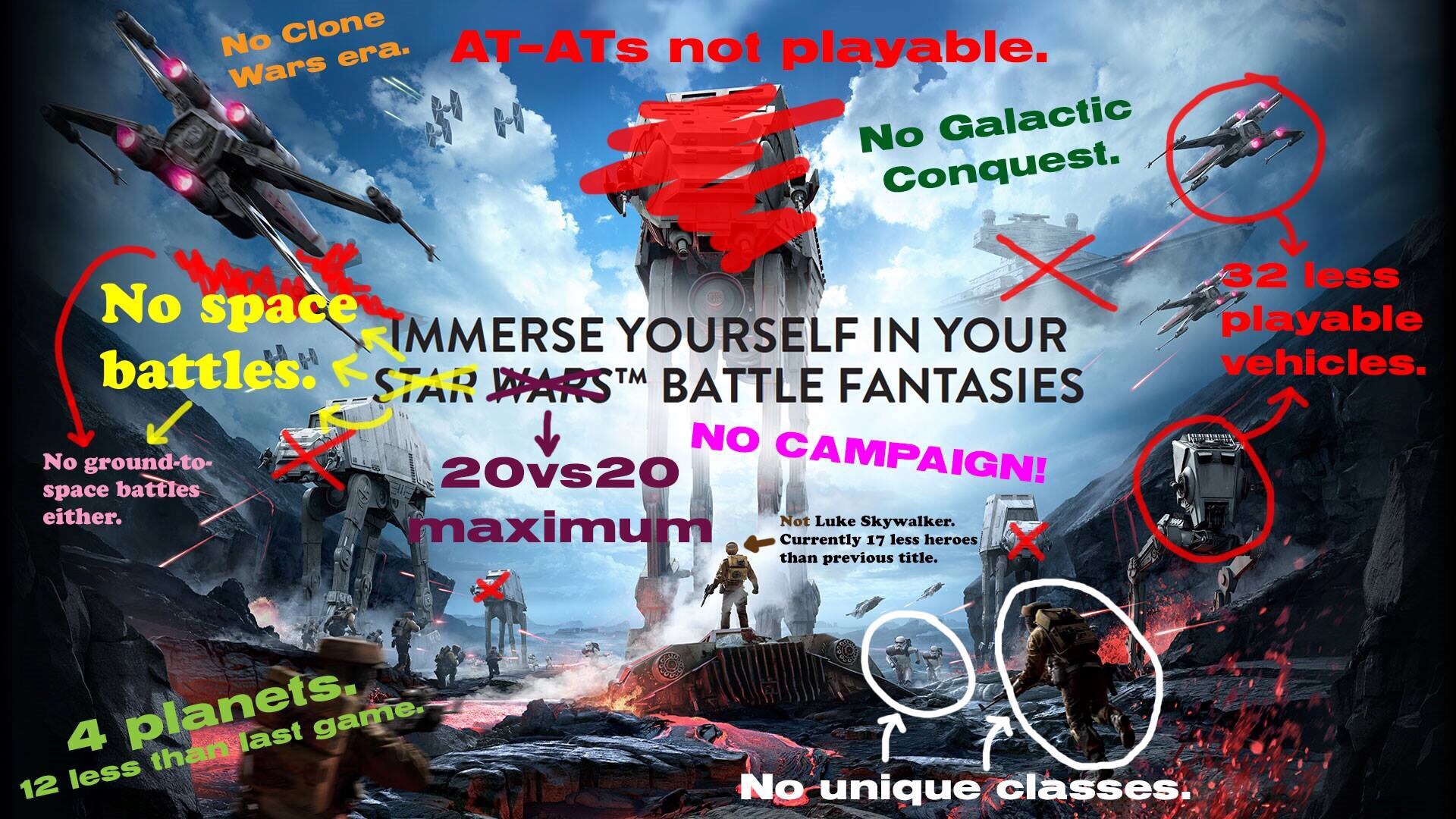 The old Battlefront games were great because of the large scale combat, the amount of variation between maps/planets and character choice. EA were clever to aim at the large scale combat aspect as on large game modes the amount of action going on is spectacular and the sound is spot on! Blasters sound exactly like the movies, the sound of an AT-AT walker is pretty scary when you’re close and then there’s the thermal imploder! Even the gameplay is excellent (once you get used to the shot lead) and most things feel tight and well thought through, except for flying, which feels very simplified. I understand why they didn’t over complicate flying like it is in Battlefield, everyone stands a chance when flying which is good, but you feel that battles are based on luck rather than skill 70% of the time.

The issue with this Battlefront is not the gameplay, that is definitely the strong point! The issue with Battlefront is the issue that a lot of games are starting to have now, they are extremely thin on content or good content at least. Battlefront came with 4 planets at release and since has increased to 5 planets with the addition of the battle of Jakku. 5 whole planets may sound like a lot, but there are only 3 maps per planet(1 large, 1 small and 1 flying maps per planet) , you will be very unlikely to play the small ones very often if like me you stick to walker assault. If you plan on playing walker assault and nothing else then be prepared to play the grand total of 5 maps, yes they are large, but the games move at the exact same pace due to the AT-AT walkers being on set paths, eventually you will get very bored of the map rotation. The flying maps are ok, but they could have easily been in space and would have probably saved Dice some time in the design room. I rarely play the small maps as Battlefront games are meant to be played as large scale games! That’s how Battlefront 1 and 2 worked and that is what I expected this time around. 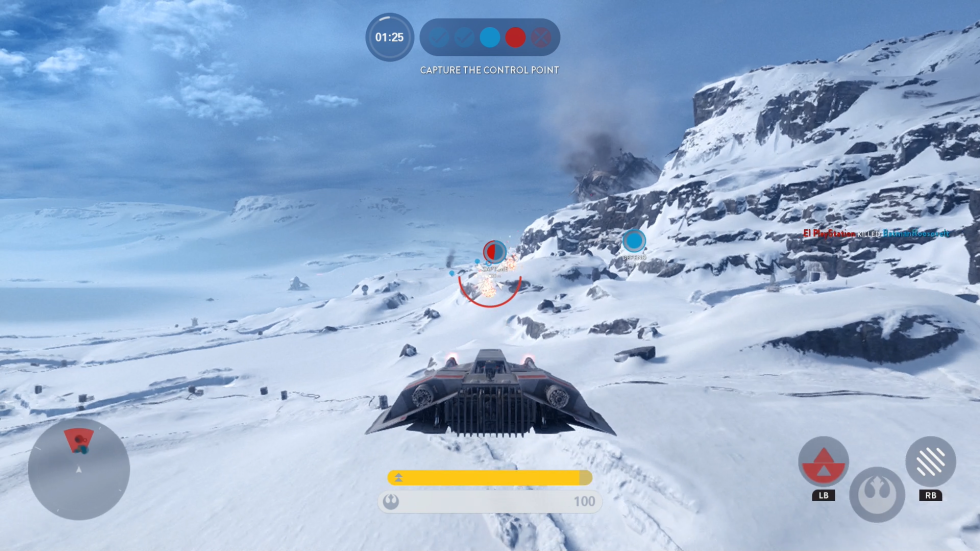 What happened to Galactic conquest? Playing against AI with a friend? Space Battles? Clone Wars? Special classes? Some of the key aspects that made the old Battlefronts fun have been ignored. Walker assault is a cool concept but gets dull quickly. I like being able to pick my gun and abilities, but having variations of classes created genuine tactical advantages and disadvantages, plus the homing rocket sucks! Galactic conquest was literally the best mode of the old Battlefronts, imagine doing an online galactic conquest! That would have been awesome! 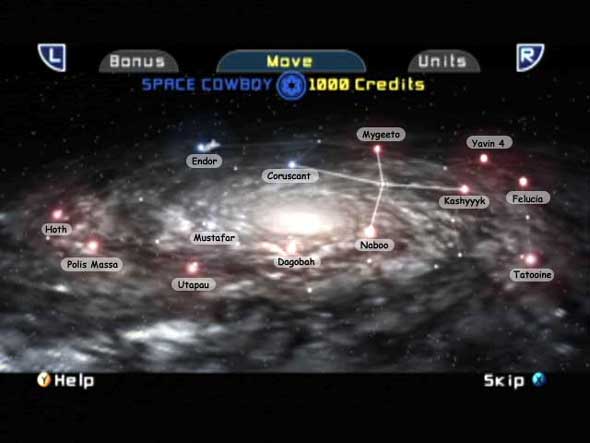 EA’s new Star wars Battlefront is like the prequel trilogy of films, it carries the same name but it does not reach the same level of awesomeness as the originals.