Written by Dan Booth on 5th December 2014. Posted in Gaming

GTA V on Xbox One and PS4 was a surprise for me, I expected to play it and feel like I was playing the same game as before. The issue was, I have absolutely loved the new experience of playing first person, it surprised me a lot, but its surprisingly fun!

GTA as a game series has never gone first person, it began as an over the top game, changed to third person and now is a brilliant mix of first and third person. It surreal, walking around a beautiful city  then suddenly you are in the air after being hit by an on coming car, the camera in the air stays true to how it must feel, you get a little disoriented and the eventually stand up. It is genuinely a strange experience to figure out, something I couldn’t even imagine if someone used an Oculus Rift when the PC verions drops in January.

GTA V has stepping into the realm of First Person Shooters. The system isn’t completely streamlined, aiming down the sight requires you to hit left trigger and then click the right thumbstick to get to that stage, its a bit of a faff. The secondary issue is the auto aim assist that has plagued online deathmatches for a the life of GTA V. Auto aim takes the fun out of deathmatches and it is annoying that the default option is to have it on! 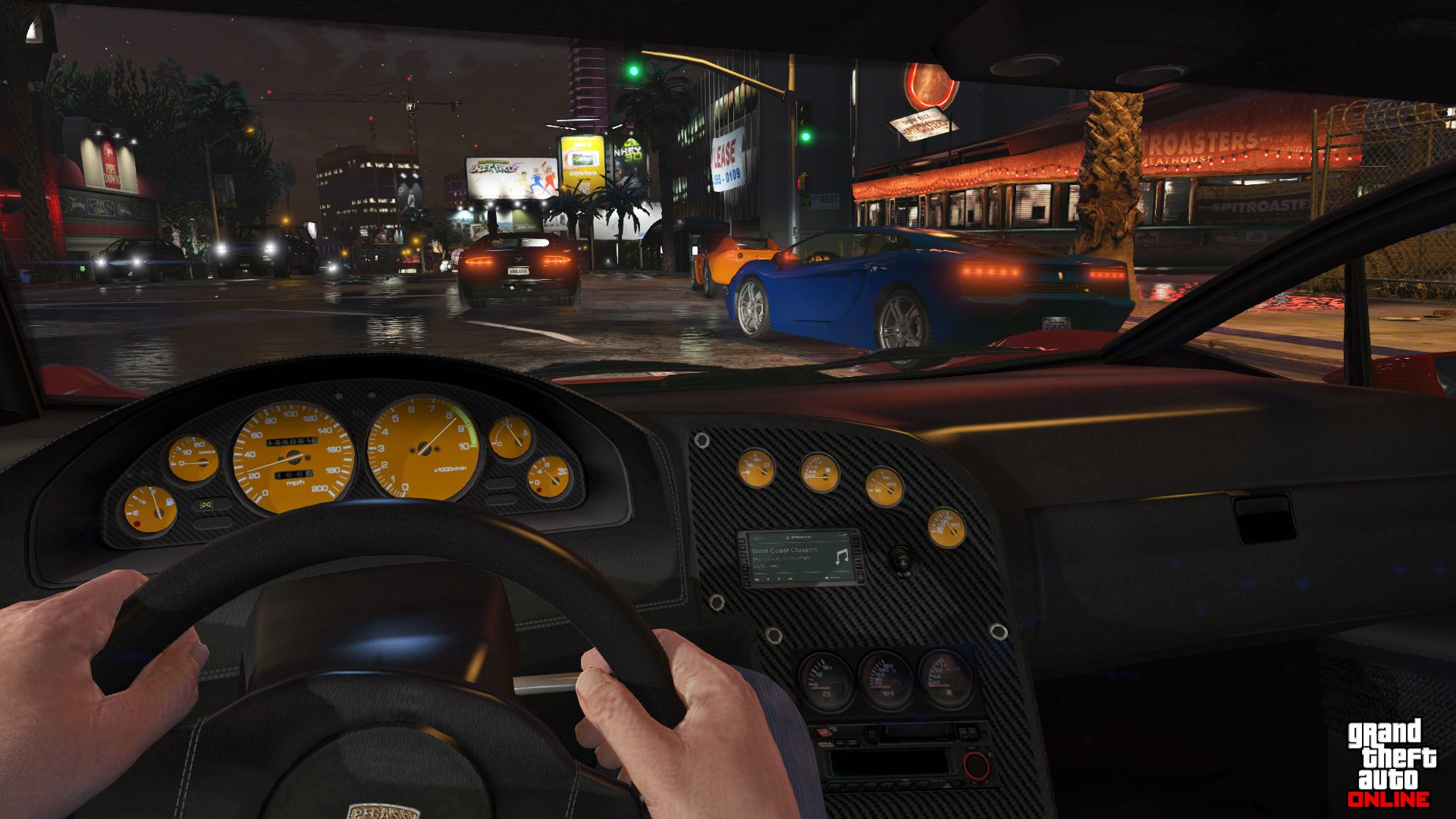 Races on GTA do not have the camera locked to first person which I love and hate. Driving is much harder in first person as you can’t see around the car as easily. The challenge should be transferred to racing, but generally it isn’t. GTA could be a much more competitive online game experience than it is, it misses a trick on these fronts.

Last couple of bonus points for the new version of GTA V, the graphical changes are not massive, character faces are better, and there is a lot more going on in the world, for example, traffic and animals are increased a lot, and my last positive is that online has expanded from 16 players to 30, meaning that the mental times on GTA Online happen even more often!

GTA V has improved the little things which has made a big difference, the game is as good as ever! Definitely worth a buy if you had it on the previous generation and if you have never played it before… why haven’t you?